Julia Roberts and Unbroken star Jack O’Connell are reportedly in talks to star in Jodie Foster’s next directing effort Money Monster. The film already has George Clooney in the leading role.

Sources for TheWrap say that O’Connell is being considered for the part of Kyle Budwell, a blue-collar worker who feels exploited by Wall Street. He’s about to have a baby, so he decided to call up Gates and hijack his show to jack up the price of a stock.

Roberts would play Nancy Fenn, Gates’ executive producer and love interest. As The Hollywood Reporter points out, this would be her first pairing with Clooney since Ocean’s Thirteen.

The financial thriller is set at TriStar and stars Clooney as Lee Gates, a TV personality who hosts the show the film is named for.

Money Monster was originally written by Alan DiFore and Jim Kouf, but Jamie Linden wrote the latest draft. It is being produced by Allegiance Theater with Clooney and Grant Heslov’s Smokehouse. 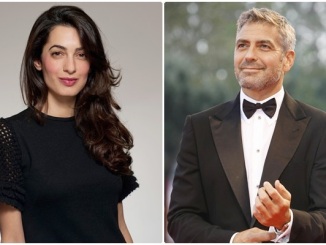