August 15, 2016, Los Angeles, CA – International nonprofit Last Chance for Animals (“LCA”) announced today that Prince Emmanuel de Merode, Director of  Virunga National Park in the Democratic Republic of the Congo (DRC), and Anthony Caere, Head of Virunga’s Air Wing, will both receive the prestigious “Albert Schweitzer Award” at its’ annual gala on Saturday, October 22, 2016, in Beverly Hills, CA. The announcement was made today by LCA Founder and President, Chris DeRose. 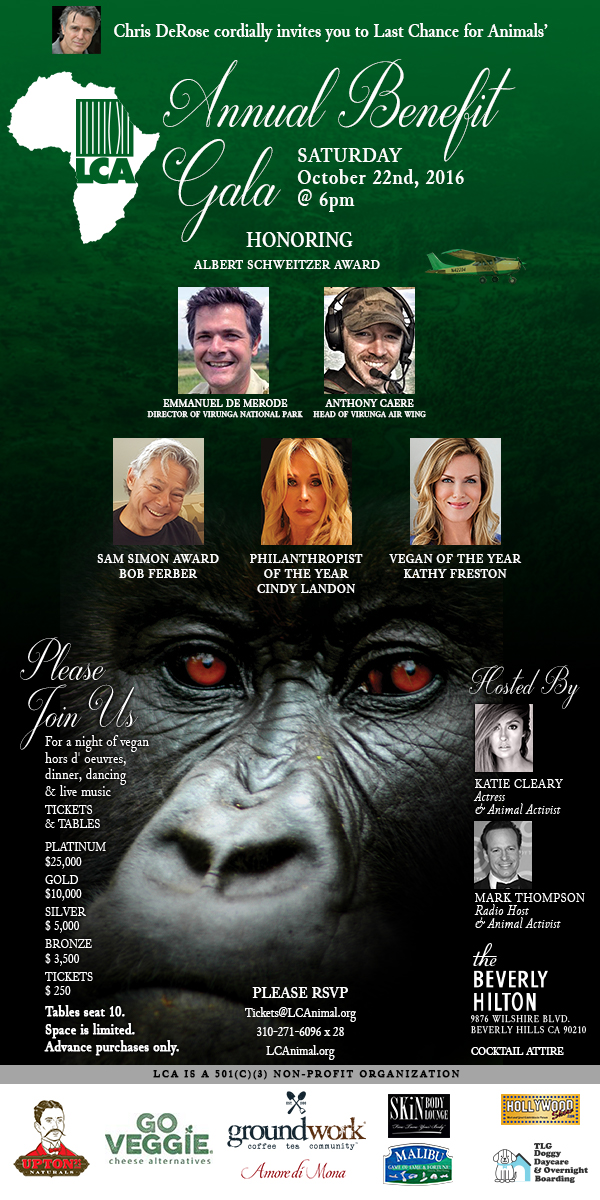 This year, LCA’s fundraising gala will be centered on the plight of Africa’s Virunga National Park and its’ critically endangered mountain gorilla population.  Defending the 2-million-acre park and its’ inhabitants from poachers, militants, and environmental exploitation is an on-going battle for de Merode & Caere and Virunga’s 360 park rangers who risk their lives daily. Part of their work includes protecting a third of the 900 mountain gorillas that remain in the wild.

De Merode was featured in the Academy Award nominated documentary film, Virunga, which was executive produced by Leonardo DiCaprio. In the past decade, over 150 of the rangers in Africa’s oldest park have been murdered in what is considered the most dangerous conservation job in the world.  De Merode was himself the victim of an assassination attempt in 2014.

De Merode, an anthropologist, conservationist and Belgian Prince, was appointed by the Congolese Government as Director for Virunga National Park in 2008, becoming the only foreign national to exercise judicial powers in the DRC. The gorilla population at that time had been decimated by ongoing civil war and violence.  Since his appointment, de Merode has seen the mountain gorilla population at Virunga double in size, representing one of the greatest successes in modern conservation.

Belgian born pilot, Anthony Caere, formerly a pilot for Doctors Without Borders, is head of Virunga’s Air Wing, which got its first aircraft in late 2010. Before the Air Wing program, getting across Virunga park required days of dangerous land travel and the ability to immediately respond to emergencies was practically non-existent.  Most days, Anthony takes off from Rumagabo headquarters early in the morning and he’s often out until the end of the day, 7 days a week. Caere’s aerial surveillance provides critical news about the park that is crucial to conservation efforts and provides Virunga’s rangers with an omnipresent “big brother” in the sky. 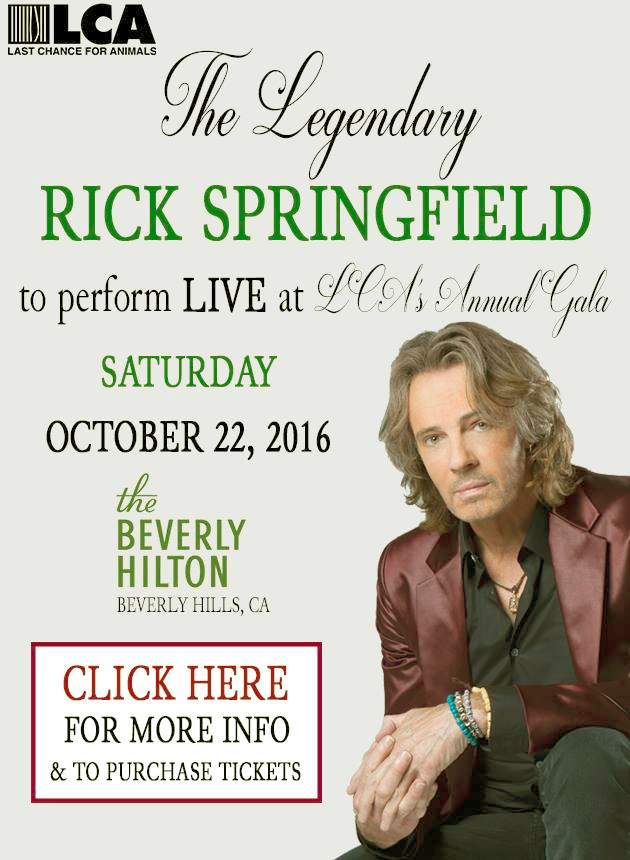 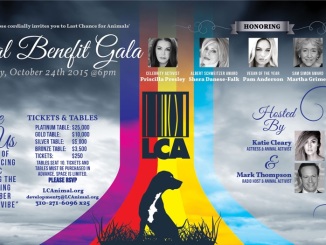