The movie Bloodsport depicts Dux, played by Jean Claude Van Damme, as a martial arts hero, and there are scenes in it where an elderly Japanese teacher guides young Dux into the spirit of martial arts and its code of honor. These were dramatized scenes, taken in part from Dux’s early days with his mentor, and teacher, Senzo Tanaka, Dux claimed.

The LA Times reported in their (May 1, 1988 Ninja: Hero or Master Fake) story that “No trace of Tanaka could be found in historical texts or from independent martial arts experts” and added that the Times didn’t find any record of Tanaka’s death in California during the 1970’s based on a limited search criteria.

Artvoice, having the advantage of internet records unavailable at the time of the Times article, has uncovered that a one Senzo Tanaka evidently did live and died in California.

His death is evidenced by this link:

Below is a screen shot: 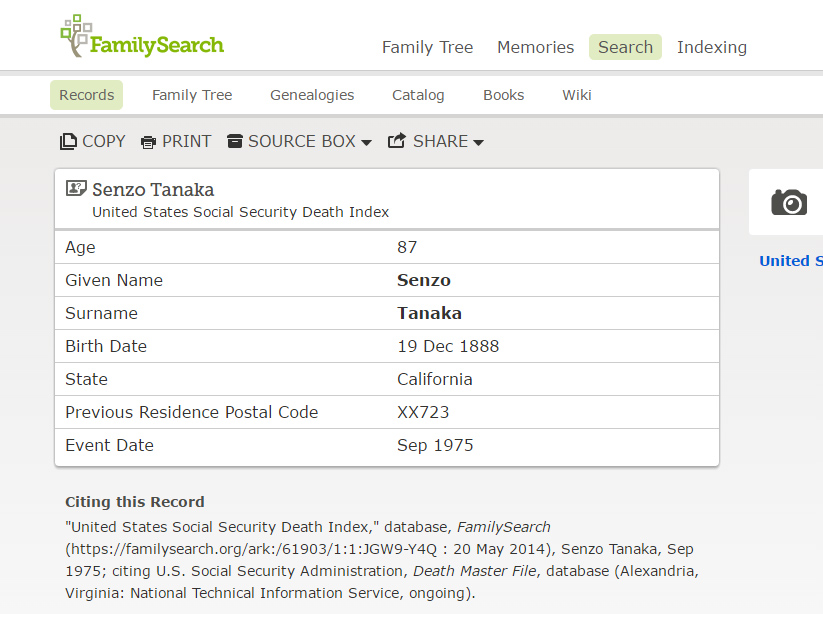