Matthew Ziff who stars in the “The Martial Arts Kids” was very excited to have won Best Supporting Actor at Sunscreen. This was his second award as he also took home a “Best Up and Coming Actor” award for his work in the 2013 film “Treachery”.

The Sunscreen Film Festival is a prestigious event held in St. Petersburg, Florida and is one of the few associated with the Academy of Motion Picture Arts and Sciences, which means it’s pretty important. “The Martial Arts Kid” at that point also won “Best Florida Film”.

“The Martial Arts Kid” is co-headlined by martial arts/action-movie legends Cynthia Rothrock and Don “The Dragon” Wilson (brother of James). It stars Panettiere as the titular “Kid”, Robbie; Newton as his love interest and Ziff as the bully who torments him.

Matthew, also co-started in “Six Gun Savior” premiering on August 4, 2015 at the Crest Theater, 1262 Westwood Blvd. This is the chance to meet the very young executive producer.

Read more about Matthew Ziff  bio at his IMBD, and more excitingly from his official website ” MATTHEW ZIFF” 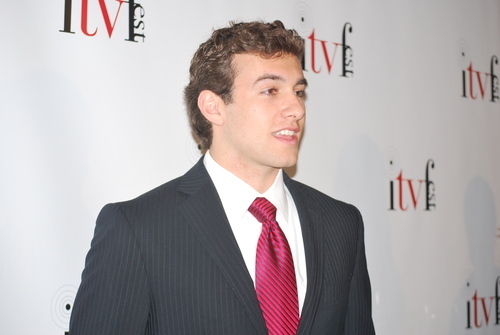