As an expert on child rape, rapacious behavior and human bad examples of arrogance, stupidity and greed, and I can say that my own level of extreme POST TRAUMATIC STRESS DISORDER, was elevated by every thing about the billionaire’s “suicide” in his New York jail cell, recalls the rankly transparent weekend of November 22, 1963, when Lee Harvey Oswald happened to be mortally wounded by Jack Ruby, after showing up in the Dallas Police Station, with a gun, thereby depriving the world of everything but nasty, yet ever lucrative conspiracy theories.

As a victim of child rape myself, between the ages of 8 and 9 years old, by my Mother’s psychiatrist, who practiced out of his Hollywood Hills home, with a largely celebrity clientele (known for giving LSD to Cary Grant, and everyone at the party), Dr. Chandler decided I needed special therapy so I wouldn’t end up “as crazy as my mother.”

In the course of my therapy, he taught me everything a woman should know about how to please a man. Leave it to your imagination.

Eventually, he was brought down by his carefully tended marijuana garden in his back yard, which got him arrested in 1964, and his list of failure to cure “nymphomania,” which he happily diagnosed me with, at age 8.

After massive treatments with ECT (electric shock treatment), which he threatened to do to me as a kid, if I didn’t do what he ordered, my Mother was finally released from what he called his hospital.

She came out with a newly broken thumb, and a almost total memory loss.

I did the usual things an abused kid does, rapid weight gain, new introversion and a desire to lose myself in books. Since I missed so much school, but yet had the reading ability of a 12th grader, Los Angeles Unified School District demanded my parents bring me in for an IQ test.

Somehow it came out to just over 160. I didn’t feel like Einstein, but we did share the same birthday. March 5th.

Almost everything about the 1960’s makes my huge PTSD kick in like a bad dream. I lost the added pounds, did some modeling and was told I was a SHARON TATE look alike. So much for 1969, the “Summer of Love”…..

I just saw “Once Upon A Time in Hollywood” I had to take an anti-anxiety medication, and book an extra session, with my current psycho-therapist.

Fast forward to my first meeting with Bill Clinton, the Governor of Arkansas. I was a member of SHOW COALITION, a liberal Hollywood group started by SONY Pictures head MIKE MEDAVOY, and his then wife, Patricia Duff.

I was impressed by the literacy campaign Clinton and his wife had established in his home state. It was a small group of about twenty people in someone’s beautiful home on Coldwater Canyon. I had no idea he’d be the next President of the United States, but he had the charisma of a Zuess like figure, lightening could almost bounce out of his head. I asked several questions and he quickly learned my first name.

After the speech concluded I went inside the mansion, stopping at the cheese and beverage display on my way out the door. Clinton came over to me, thanked me for my interest in his talk while he gave me a little hug, at the same time his large hand found its way from my shoulder to the base of my spine. “I’m going out to a little fundraiser in Malibu later, I’d love for you to come with me!”

I politely declined, knowing my future husband David would be very jealous, actually furious… Clinton said something like maybe next time…

It could have earned me a subpoena from Ken Starr years later.

The point is, the man can’t help himself. On multiple trips aboard Epstein’s LOLITA EXPRESS I doubt if he’d bother to check the girl’s ID. What is the age of consent in the US Virgin Islands anyway?

In the politically incorrect old days, a prevalent joke about the southern part of the United States defined a virgin “as a girl who could run faster than her brother.”

If Epstein had been smarter, he would have stayed out of the U.S. all together, and kept his travelling harem in, say France, where ROMAN POLANSKI found extradition free status after drugging, raping and sodomy on a 13 year old girl, or in one of the Arab countries, where money buys whatever you want, boy, girl, animal or nights with prostitutes before you get your “72 VIRGINS” Allah promises you in heaven, for murdering the infidels.

BILL COSBY was only recently convicted of his years of drugging and raping women, under aged minors and whoever else landed in his net.

It’s to President Trump’s credit that he terminated his relationship with Epstein years ago when Epstein revealed his true self while attempting to sexually exploit a young woman employee at MAR LAGO.

As a JOURNEY OUT Speaker Advocate, I am also an expert on human sex and labor traffic. JOURNEY OUT, formerly known as the MARY MAGDELAN PROJECT, a group to aid and support abused prostitutes, is now headed by DR. STEFANIE POWELL, fomer LAPD VICE SQAUD Officer who earned her Doctorate Degree in Education, now Executive Director.

Dr. Powell, cautions that trauma is too often “mistaken for bipolar or other mental illnesses” The group served some 301 survivors of abuse in 2018 alone, all free of charge, providing “safe houses” for the predominately young females, transgender youth to be free from their pimps in the multi-billion dollar a year human slavery ring.

This reaches all levels of society, and is very prevalent on college campuses.

I shared almost the same level of PTSD as my wonderful fiance, NATHAN SHAPELL, of blessed memory. He was an AUSCHWITZ Survivor, and young Slave Laborer for the Nazi’s in WWII. He used to joke, “You got to stay home and play doctor, I had to fight Hitler.”

~Cheryl Kane, is a best selling author, socialite, political humorist, financial planner and a Leader of the RJC Republican Jewish Coalition. She lives in Los Angeles with a lot of dogs. 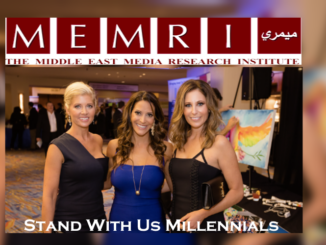 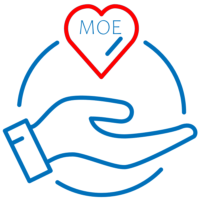