A WORD ON WESTERNS presents
WESTERN PORTRAITS: The Unsung Heroes and Villains of the Silver Screen

Don’t miss this celebrity filled book launch!
You’ve seen them on the big and small screen delivering indelible performances in westerns.  They’ve been good guys, bad guys and even in-between guys.  Good girls, too! You know their faces.  You know their names…most of them, anyway.  This month’s A WORD ON WESTERNS pays tribute to them and a new hardcover book of exclusive portraits taken by film director and photographer, Steve Carver, and annotated by author and film historian, C. Courtney Joyner.  It’s called “Western Portraits: The Unsung Heroes and Villains of the Silver Screen.”  The famous and not so famous are all represented with detailed career overviews and revealing imagery that captures the excitement and mood of the Old West.
Over 80 portraits are included in the book and the actors have all been invited to join us at The Autry for the unveiling and launch party.  “Western Portraits” has been in the works for so long that many of the actors are no longer alive; so, the subjects range from those who have passed like David Carradine, Karl Malden, Morgan Woodward, R.G. Armstrong and, just last month, Robert Forster, to those still working like Bruce Davison, Stefanie Powers, Fred Williamson, Tom Bower, Michael Dante, Ruta Lee, Bruce Boxleitner, John Savage, Clu Gulager and many, many others who are all invited to this special A WORD ON WESTERNS All-Star taping.
Come join the fun as host Rob Word introduces the unsung men and women of the western genre.  You’ll hear behind-the-scenes western film stories and meet some of your favorite performers.  Plus, you can pick up a book at the Autry gift shop, on Amazon or at better bookstores and have it autographed.  You don’t want to miss this once in a lifetime celebration!
Interviews with many of the actors featured in the book can be found at:  www.youtube.com/user/AlgonquinCowboy
And, don’t forget to mark your calendars for our next A WORD ON WESTERNS show, January 21, 2020! 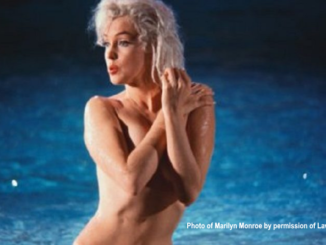