Bobby Smith was honored at the 2017 Akademia Awards Gala in Los Angeles for winning 10 music  awards!!! His music has been introduced to the Los Angeles music scene recently. He has hundreds of very good reviews from journalists and radio personnel from all over the world with his former original music which can be viewed on his site. His unique music style with his crystal clear voice mixed with many harmonious background vocals and instruments will most definitely catch your attention. He  has his own style of Pop Rock, Country, and Ballad type arrangements which deals mostly with relationships. He presently lives in the Tampa Bay area. In his lifetime he has produced 27 song compositions including pop, rock, country, and world beat.

Bobby Smith has mastered one of the most entertaining and nuanced styles of pop rock entertainment we’ve come across in recent years, and his new single, “I’m Stuck On This Feeling”. shows why you’ll be hearing a lot more of him. Listen to this latest one which is up for his 12th award presently.

With undeniable vocal talent and edgy production served straight up, Bobby Smith is an artist that any pop rock music enthusiast will thoroughly enjoy. The success of his latest awarding-winning work has not gone unnoticed by the critics, with one recently writing: ‘This dizzying marvel of pop rock is precisely nuanced yet delightfully elusive to genre expectations – this is the kind of transcendent composition the style is hungry to integrate.’ Yet there’s something special about Bobby Smith that sets him apart from other pop rock acts. In a musical generation characterized by manufactured pop acts, Bobby Smith’s originality and sincerity do more than stand out. They reveal qualities that cannot be engineered in the studio. There’s also an unpretentious realness to this artist out of St. Petersburg, Florida and judging by his growing fan base, he may be precisely what the new generation didn’t know it was missing.

Independent reporter Blake Wright recently caught up with Bobby Smith to get an inside look at this exciting new artist and to learn what he has in store for fans this year. Please click below button.

Brilliant pop rocker and entertainer Bobby Smith taps into a strong vibe to create an original blend of pop rock music with an emotional twist. It’s little wonder why his new radio single ‘Why Do You Stare At That Someone’ is racing up the charts. 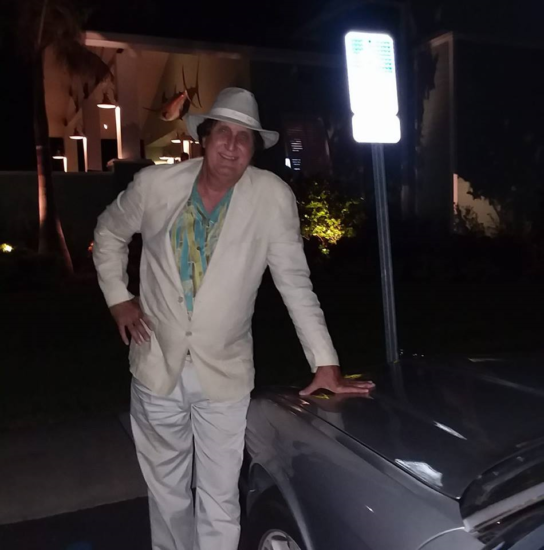 St. Petersburg, Florida resident Bobby Smith is a excellent example of a pop rock artist that elegantly leverages his originality and compositional skills to the service of modern entertainment. His new single ‘Why Do You Stare At That Someone’ demonstrates subtle musical stylings that are sure to appeal to mainstream audiences. This rocker with a performance flair has the right look and the right attitude to become a proper pop rock-magnet and audiences around the world are beginning to acknowledge the fact that a new creative force has arisen. Where will he take it from here? One critic wrote of his award-winning work: “Bobby Smith’s sensual and jealous reflections are elevated by his elegant voice and well-constructed melodic instrumental backing.” We suspect this artist will navigate the future on his own terms, given his obvious passion and musical skills. Independent reporter Alexis Adams recently caught up with Bobby Smith to discuss his music and the interesting path by which he came to it.

NOW LISTEN TO THE SONG…

There is a current of old-world tension and modern angst captured in the music of Bobby Smith and that energy, as embodied in his debut radio single ‘I’m Still In Love With You’, has got listeners enthralled. It’s time the world learned more about this intriguing pop rock artist who has won 10 Akademia Music Awards in just 2016!

Some artists try to scale their way to the top of the music industry by personal flamboyance (or inscrutability), others work the business like hardened politicians and hope that money and fame will redeem whatever compromises are made along the way. But a very few can do it by a golden amalgamation of originality, musicianship and talent. Bobby Smith is such an artist and has been fast attracting recognition and honors, and one recent critic’s account of his award-winning work probably explains why: “Bobby Smith has created an anthemic pop rock classic that effortlessly alternates between saturated instrumentality and genuine romantic poetry.” You can hear the authenticity in every chord and verse of his new pop rock single, which undoubtedly explains its rapid ascent up the charts. Independent reporter Lily Clark recently caught up with Bobby Smith to talk about his history, musical influences and exciting plans for the future.

HERE IS THE SONG…

“I Should Have Known”

“You’re Out Of Control”

TO HEAR HIS MUSIC INCLUDING SOME CLIPS AND FOR “MP3 BUY LINKS”: