“The Greystone Mansion Concours is unlike most any other automotive event because it offers something for everyone. Each year the show highlights a variety of remarkable cars that are rarely seen by the public and features a completely new field of entries annually,” commented Concours Director Cindy Brynan. “This is the 7th year of the event and was easily our most successful ever. We had the honor of receiving the most applications we have ever had for potential exhibitors. We ultimately showcased 135 world class cars and 20 motorcycles. We thank our attendees and gracious sponsors for all of their support.”

Local artist Richard Pietruska, a highly respected professor at the Art Center College of Design in Pasadena, was commissioned to create custom Greystone Mansion Concours d’Elegance signature awards. The sculptured awards capture the essence of speed and movement of the more exotic automobiles of the past as well as the present. The forms are exaggerated and curved to dramatize the unique character and quality of each automobile as it flows through space.

The Pietruska awards were given in 18 Best of Class categories and in two Best of Show categories. Nine Special Automobile Awards and three Motorcycle Awards were presented as well. Entries are assessed per the “French” method of judging which emphasizes the overall impression of the given vehicle, taking into account such factors as originality, authenticity, design, styling, and elegance.

In addition to the Best of Show awards, other concours winners included a 1967 Alfa Romeo GTA/P 1600 Corsa, which received the Fédération Internationale des Véhicules Anciens (FIVA) Preservation Award; a 1961 Ferrari 250 SWB Berlinetta received the HVA “This Car Matters” Award; a 1931 Chrysler Imperial CG Dual Cowl Phaeton was the Mayor’s Choice recipient; and, the Spirit of Greystone Award was presented to a 1932 Lincoln KB Roadster.

The Greystone Mansion Concours d’Elegance is an annual fundraiser for the Friends of Greystone, a non-profit organization whose mission is the ongoing preservation and restoration of the estate, which is one of a handful of nationally registered historic landmarks in Southern California.

The 8th annual Greystone Mansion Concours d’Elegance is scheduled for Sunday, May 7, 2017 and occurs annually on the first Sunday of May.

For more information and complete list of winners, please call (310) 285-6830 or visit www.greystoneconcours.org. For media inquiries, contact Dana Beesen at dbeesen@beverlyhills.org or call (310) 285-2530. 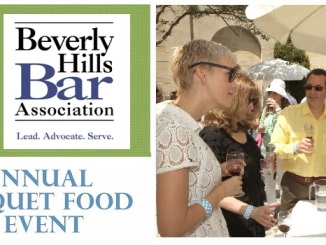