Los Angeles- (LMS)- Jet Age Cooking for the Bachelor Gourmet, a cool retro ‘Mad Men’ era cookbook for single-serving culinary classics of the 1960’s, has a new edition. This stylish eBook is targeted to the man for whom gastronomical pleasure outweighs other concerns. All recipes are scaled for a solo serving, easily doubled for entertaining a`deux. Available globally, the book’s recipes display measurements and temperatures in all popular international formats. Jet Age Cooking is tightly focused on a selection of entrée favorites that were staples at temples of Continental Cuisine in the 1960s, a decade auspicious for glamorous dining when health considerations took a distant backseat to luscious flavor, extravagance and spectacle. The featured entrees include an international smörgåsbord of vintage favorites from the United States, France, Italy, Hungary, Spain and Polynesia. Each recipe is optimized for easy preparation and clean-up using a minimum of kitchen gear, yet adhering to the classic essentials of each carefully curated entrée. 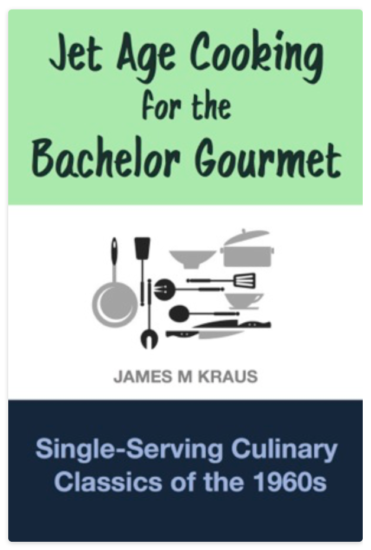 Included are tips on ingredients, complementary wines, notes for the novice, delicious color photo images of the featured meals, and last but not least, recommendations for optimal musical accompaniment. As much a lifestyle book as a cookbook, the aim of Jet Age Cooking is to make meal preparation simple, fun and well worth the effort. The sumptuous recipes are designed for weekend or holiday enjoyment; not rushed weekday nourishment. The first step in preparing any of them is to put on some upbeat music and marinate a few ice cubes in a favorite pre-dinner libation.

Available Worldwide for iPad, iPhone and iMac at the Apple Book Store.
https://jetagecooking.wordpress.com/ 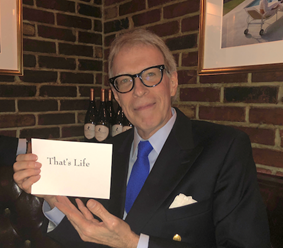 James Kraus enjoyed the 1960s growing up near Chicago where his parents were active in a local gourmet club. While countless guests gathered around the bar and enjoyed Martinis, Manhattans, Old Fashioneds and other libations to limber up for dinner, James learned his way around the kitchen prepping sauces and often assembling one of the signature desserts of the period, Cherries Jubilee Flambé.

This is a book for every home cook chef- gourmet jet-setter or for someone who wants to dine like one.

To receive a complimentary e-Book Copy, please send email to jkraus500@icloud.com or epl@lozzipr.com