Hollywood, USA – The world has watched the beautiful and multi-talented Marneen Lynne Fields work her way up a long, tough ladder with many varied rungs. After being a Class One advanced all-around
champion college gymnast ranked third in the state of Utah (with moves on floor exercise
compared to those of Olympic Gold medalist Olga Korbut), Marneen quickly moved on to
establish herself as a top Hollywood stunt woman of the 1970s and 1980s (her work resulting
in her ultimately being coined Hollywood’s Original Fall Girl and award a Fall Girl license
plate by stunt coordinator, J.P. Bill Catching and the Stuntman’s Association). When tragic
circumstances forced her to hang up her stunt career, Marneen who also had her focus on
acting since college (minoring in Theater Arts at USU), was ready to accept the personal
challenge of molding herself into the respected character actress she has become through the
years. However, it wasn’t until 1991 that Marneen was able to realize her childhood dream of
becoming a famous singer, and not until after her opening of her Heavenly Waterfall
(ASCAP) and HWSP (BMI) Song Publishing and Productions Company in 2002 that she was
able to become the award winning and chart topping pop-rock adult contemporary artist she is
today, not only as a vocalist, but also as an ASCAP composer, arranger, ASCAP/BMI
publisher, producer, director and editor as well.

In the mid-1980s, Marneen appeared to be on the brink of breaking out big as an actress,
being trained by late actor-director celebrity drama coaches Jeff Corey (Butch Casidy and the
Sundance Kid and Beneath the Planet of the Apes), and Victor French (Co-star on two Emmy
winning TV shows with Michael Landon, Highway to Heaven and Little House on the
Prairie, along with being the son-in-law to the great Lee J. Cobb). By 1984 Marneen had
landed some co-star roles in films like Hellhole and guest star roles on prime time TV shows
like Scarecrow and Mrs. King, along with making the coveted page three of Star Magazine.
These transitions and accomplishments helped make her one of the first pioneering stunt
woman to make the leap from stunt-actress to cameo character actress, to guest star actress, to
co-star actress, to eventually become the lead actress and vocalist she is today. 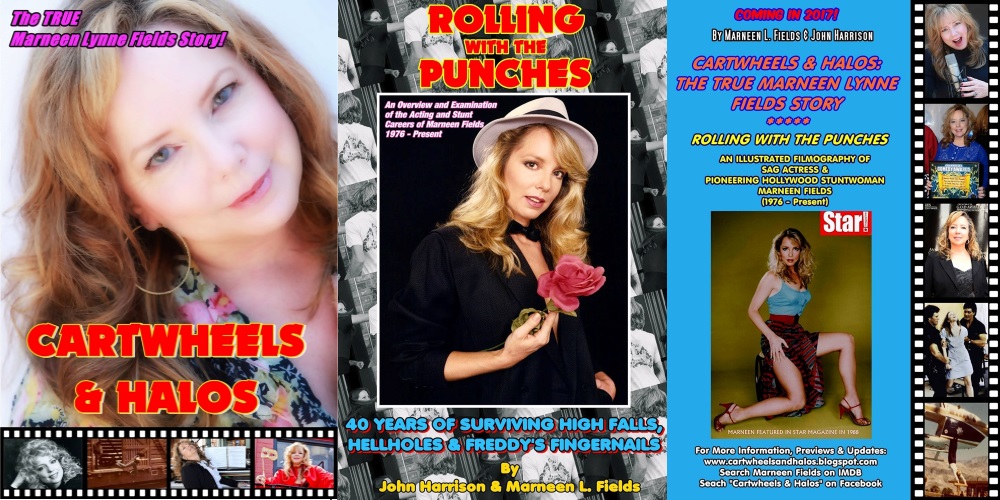 2017 will see two separate books about Marneen Fields’ life and career being published:
Cartwheels & Halos: The True Marneen Lynne Fields Story, Marneen’s biography. The book
will tell her amazing inspirational story of survival where she gives personal testimony to a
miraculous healing thanks to a faith in God, and how she found her true calling in the wake of
her childhood dreams in music despite the fact that she’s severely hearing impaired, and after
surviving a near fatal car accident that resulted in a series of life threatening abdominal
operations. The second book is titled Rolling with the Punches, written by yours truly
(Australian film historian and author John Harrison), and it is a detailed filmography and
examination of Marneen’s career as a SAG actress (1976 to present), and an ex-stunt woman
(1976 to 1991). Rolling with the Punches is filled with great anecdotes, amazing rare
photographs, and first person accounts from Marneen about what it was like to work on 150
great film and TV shows while doing stunts for 100 of the world’s most famous actresses of
the day like Priscilla Presley, Jane Seymour, Shirley Jones and Michelle Phillips, along with
working with some of the greatest directors and producers of the time like, Clint Eastwood,
Irwin Allen and Stanley Kramer. It’s sure to be hit with film and television fans everywhere. 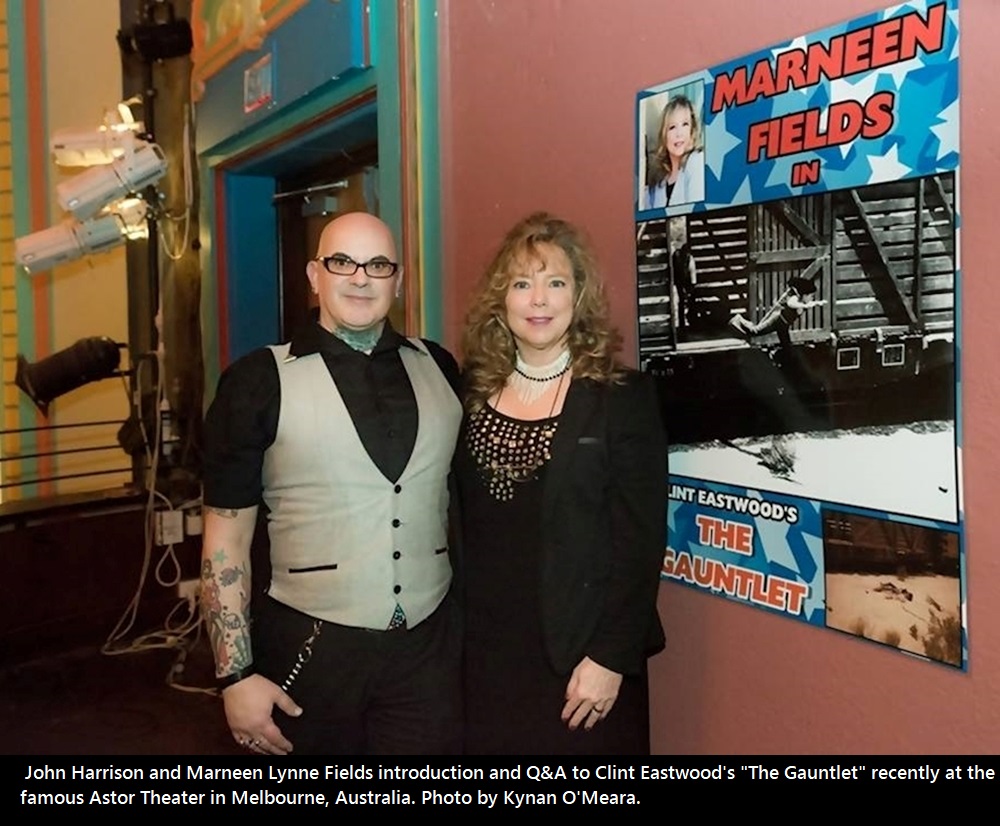 Marneen Lynne Fields continues to create a wide and varied body of exceptional work,
always pursuing her artistic passions with remarkable energy in her strive for excellence and
respect (for both herself and her fans). She has just released a new CD titled, I’ve Never Ever
Stopped Loving You featuring a selection of her own songs as well as her acclaimed cover of
the REM classic “Everybody Hurts” the title track to the Indonesian charity film, We Can
Take Some of the Hurt Away that won Marneen the 2013 G.O.D. Award in music. Each of the
tracks on I’ve Never Ever Stopped Loving You have already been the recipient of awards won
for Marneen like the 2014 Artists in Music Awards Best Blues Artist of the Year – Finalist,
placed high in contests like Song of the Year twice, or hit the #1 or #2 position on the
Soundclick music internet. Apart from Marneen’s vocals and lyrics, each song on the CD also
benefits from having been produced by famous and respected Grammy and Gold Record
winning producers such as Stuart Epps (of early Elton John and Led Zeppelin fame), Steve
Valenzuela (Kelly Clarkson) and Tom Weir (Rod Stewart and Blondie). All songs on her new
CD are available for immediate download for only $0.99 cents, and are a must hear with
Marneen’s voice being compared to Whitney Houston, Ann Wilson, Julie London and Janis
Joplin. Marneen’s music is just as passionate as her acting, and as daring and thrilling as her
greatest onscreen stunts! To listen and order songs please see her CDbaby Store here.

While Marneen Lynne Fields has amassed a huge body of work appearing in over 175 films,
TV shows, web series, music videos, CD recordings and theatrical productions, Marneen’s
greatest work and most significant contributions promise to come, not from the past, but from
the years that lay ahead. Readers and fans can visit her imdb page for a complete filmography
listing at: MARNEEN LYNNE FIELDS IMDB