David Shapiro, a former mayor of Calabasas and currently a city councilman, confirmed to NBC News that Bryant, 41, was on the helicopter.

Bryant’s 13-year-old daughter Gianna was also on the helicopter, according to Shapiro. The two were on board with another parent and child who were not identified.

The father and daughter were reportedly on their way to a travel basketball game when the helicopter crashed.

A call for a downed helicopter in Calabasas went out at 10:01 a.m. local time, according to the Los Angeles County Sheriff’s Department. People who were out mountain biking in the area reported the accident.

County officials said firefighters were able to extinguish the flames and are working to preserve evidence for investigators. The National Transportation Safety Board confirmed it was sending a team to investigate the crash of the Sikorsky S-76B.

Image below- People watch as smoke rises from the scene of a helicopter crash that killed basketball star Kobe Bryant in Calabasas, Calif., on Jan. 26, 2020. 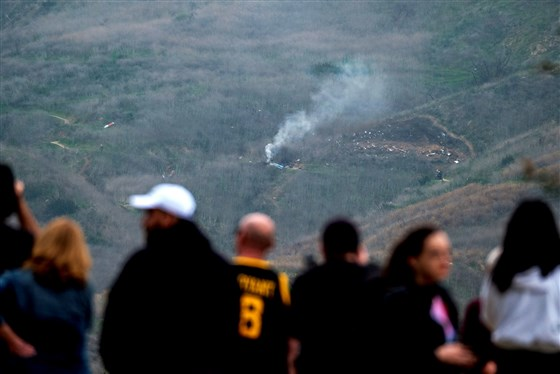 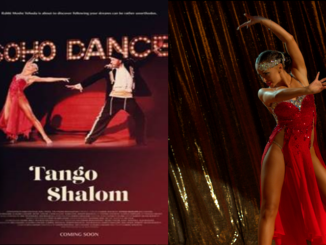