This show examines flying things from living to mechanical, real and imagined. Planes are flying – and falling. Drones buzz about, excite us and watch us. Technologies have irrevocably changed our world and our aerial veil has been penetrated. What we once considered private space is now gone. Yes, we can run, but no longer can we hide.

WHO: Many Celebrity and VIP Collectors — Curated by Molly Barnes, WLAC Artist In Residence and renowned art dealer and broadcaster. The show features the works of 12 artists including: John Eden, the show’s co-curator, filters his art through technology, finish/fetish process and his keen appreciation of abstraction. Prior to earning his MFA in painting at USC and his BFA in film at San Francisco Art Institute, he served in the Air Force during the Vietnam war. “In the Sky” is his second curatorial foray with the motivation being artwork that adheres aesthetically to what has been referred to as “the spectacle of skill” or the LA Look – to open the viewer’s mind to this growing erosion of any sense of asylum of safe haven. Many celebrity collectors and VIPs in the Fine Arts in Los Angeles are expected.

Susan Rankaitis combines her skill in painting, drawing and photography with her long-held interest in technology to achieve what is often described as one of a kind experimental photography or combined media. She has worked collaboratively with neuroscientist David Somers, dancer/choreographer John Pennington, Biologist Robert Sinsheimer, poet Amy M. Wai Man, and the late writer Paul Monette. Rankaitis is also a three-time recipient of grants from the National Endowment from the Arts and her works have been included in over 100 museum exhibitions in the U.S., Europe and Asia. ~ continued ~ “Kill Time” by John Eden.

FEAR IN THE SKY…continued Robert Wilhite’s 45-year career includes sculpture, painting, design, and both theatrical and sound performances. He is a two-time recipient of grants from the National Endowment for the Arts and serves on the faculty of prestigious Otis College of Art and Design. His works are included in the permanent collections of the Cooper-Hewitt National Design Museum, The Yale University Art Gallery, The Solomon R. Guggenheim Museum, the New York Museum of Modern Art, LACMA, France’s Centre Georges Pompidou, Mexico’s Jumex Collection, and Switzerland’s MAMCO.

ABOUT THE EXHIBIT: This exhibition centers on the artists’ diverse take on flight, aerial surveillance, UFOs and warfare. Wilhite’s “The Bomb,” is a black lacquered wood armature sculpture based on the atomic bomb dropped on Nagasaki. Rankaitis’ photographic monoprint “Flight Plan(Perloff Variation)” is from her Flight series, an outgrowth of her studio’s proximity to LAX. Khoz’s “Sputniks [fellow travelers],” is a doppelganger stainless steel reconstruction of the world’s first orbiting satellite that marked the beginning of the U.S. – Soviet Cold War. Johnson’s “Saucer,” like many pieces in this show, grew out of SoCal Cool School tradition and is a beautiful sculptural rendition of a stereotypical 50’s flying saucer. Erenberg’s four-panel “the Battle of Los Angeles,” Nos. 1 – 4 are abstractions that reference the controversial February 1942 “Great Los Angeles Air Raid” UFO incident and the collateral loss of life that ensued. Eden’s “Kill Time” is an installation that presents metal-flaked fiberglass discswhose motif is military-aircraft insignias from the beginning of war-related aviation to the present. McGuinn’s Drone performance will take place on the half-hour, during opening night and its video recording loop will be played back during the run of the exhibition. Bauman’s “Mothra” series references Japanese mid-century Sci-Fi/Pop culture’s take on atomic bomb blasts and their mutations. Griffith’s “Coral Sea” also references World War II. His piece describes “an impossible ship made from both U.S. and Japanese parts,” referencing an event that involved family members from both side of the conflict. West Los Angeles College is located at 9000 Overland Avenue, Culver City, CA 90230. The college is a ACCJC-accredited community college providing full-time, part-time and online paths to university transfer and career preparation. 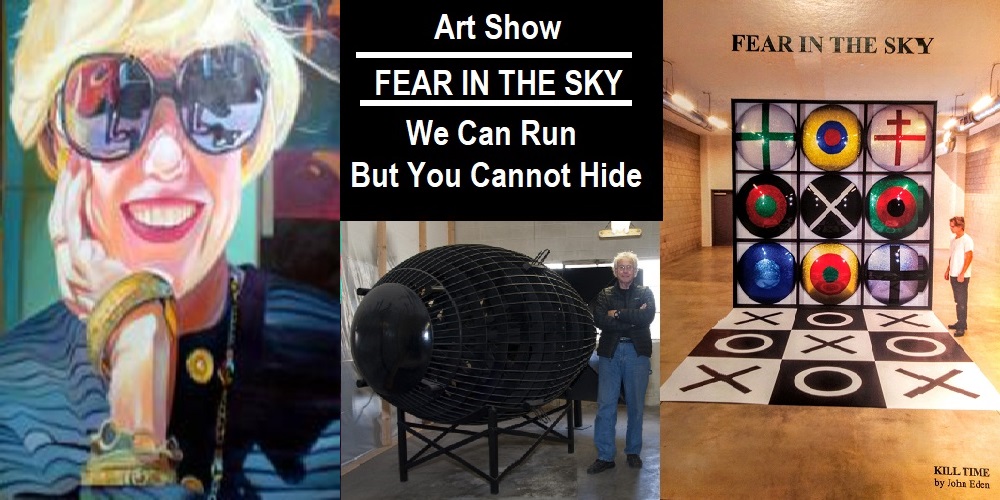 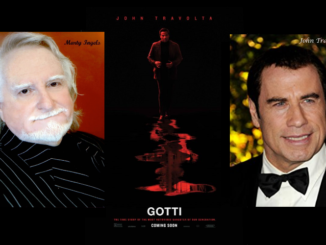