A number of big names have been named to this special presidential advisory council on sports, fitness and nutrition, including Dr. Oz, and Super Bowl Coach Bill Belichick. Besides Dr. Oz, and Lou Ferrigno, Bill Belichick is the five-time Super Bowl-winning coach of the New England Patriots, says Edward Lozzi, spokesperson for Lou Ferrigno.

“I want to change America and make America healthy again. Nobody can surpass what I do, especially the life I have lived, what I have overcome and my passion with bodybuilding and fitness,” said Ferrigno.

Ferrigno was a contestant on the Celebrity Apprentice in 2012. His episodes were some of the highest ratings the show ever had. There he bonded with Trump.

The council falls under the Department of Health and Human Services (HHS) and its activities are mostly limited to public awareness and education campaigns.

It’s mission, according to the HHS, is to ‘engage, educate, and empower all Americans to adopt a healthy lifestyle that includes regular physical activity and good nutrition.’

Ironically, Trump’s arch-nemesis and former body-builder Arnold Schwarzenegger is a former chairman of the council, appointed by President George Bush in 1990.

Trump supporter Ferrigno shot to fame alongside then rival Schwarzenegger in the 1975 bodybuilding documentary Pumping Iron before becoming The Hulk in 1977.

The star says he’s unconcerned about any ‘dismay and tension’ surrounding the president, especially in Hollywood.

‘It is hard to be in politics. Trump is a great president,’ he said.

‘America voted for him and I am a top choice for him..I feel safe with him when it comes to homeland security for our people. Trump went to a great college, he is an educated man and I did the Celebrity Apprentice with him. He is a great man and he cares about his family. I don’t care what anybody says… I really think he is a good-hearted person, and I feel safe with the guy”, said Ferrigno.

Ferrigno said one of his proposals for the Council would be to focus on helping people learn what exercises work for them if they have an injury.

The Council was first set up in 1956, during the Eisenhower Administration to create and promote programs and initiatives that motivate people of all ages, backgrounds and abilities to be active and eat healthy.

‘I would focus on explaining to everyone, that some people may have some physical handicaps as maybe injured knees. There are so many different machines and better ways to eat, and it is all about combining the mind and the body together. If you can do that, anybody can get in shape. It is all about changing from lazy to positive leverage.’, said Ferrigno.

Lou Ferrigno is based in Santa Monica, California, is married (Carla Ferrigno) and has three children (Lou Jr., Shanna, and Brent). The entire family has been involved in bodybuilding and nutrition in various, companies, books, events and products for over 40 years. 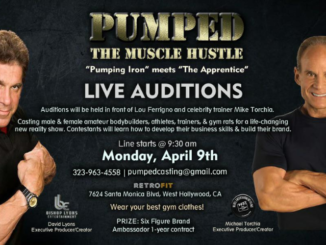 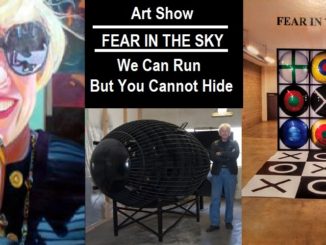