The Love Boat Lady, Jeraldine Saunders, Attended the 40th Anniversary of The Love Boat TV Series Which She Created.

The Hollywood Walk of Fame is Presented an Honorary Star Plaque to the Cast of The Love Boat.
Princess Cruises, Hollywood Chamber of Commerce, and The Hollywood Historic Trust Presented This Rare Honor to America’s All Time Favorite TV Show.

Hollywood- Jeraldine Saunders the creator of The Love Boat Television Series based on her original book the Love Boats pictured above was a big hit at the Hollywood Walk of Fame Plaque ceremony honoring the entire show and it’s wonderful cast on Thursday May 10th at 10AM in front of the Dolby Theater 6801 Hollywood Boulevard. Saunders is also the writer of her former husband Sydney Omarr Astrology syndicated columns read by millions (Tribune) 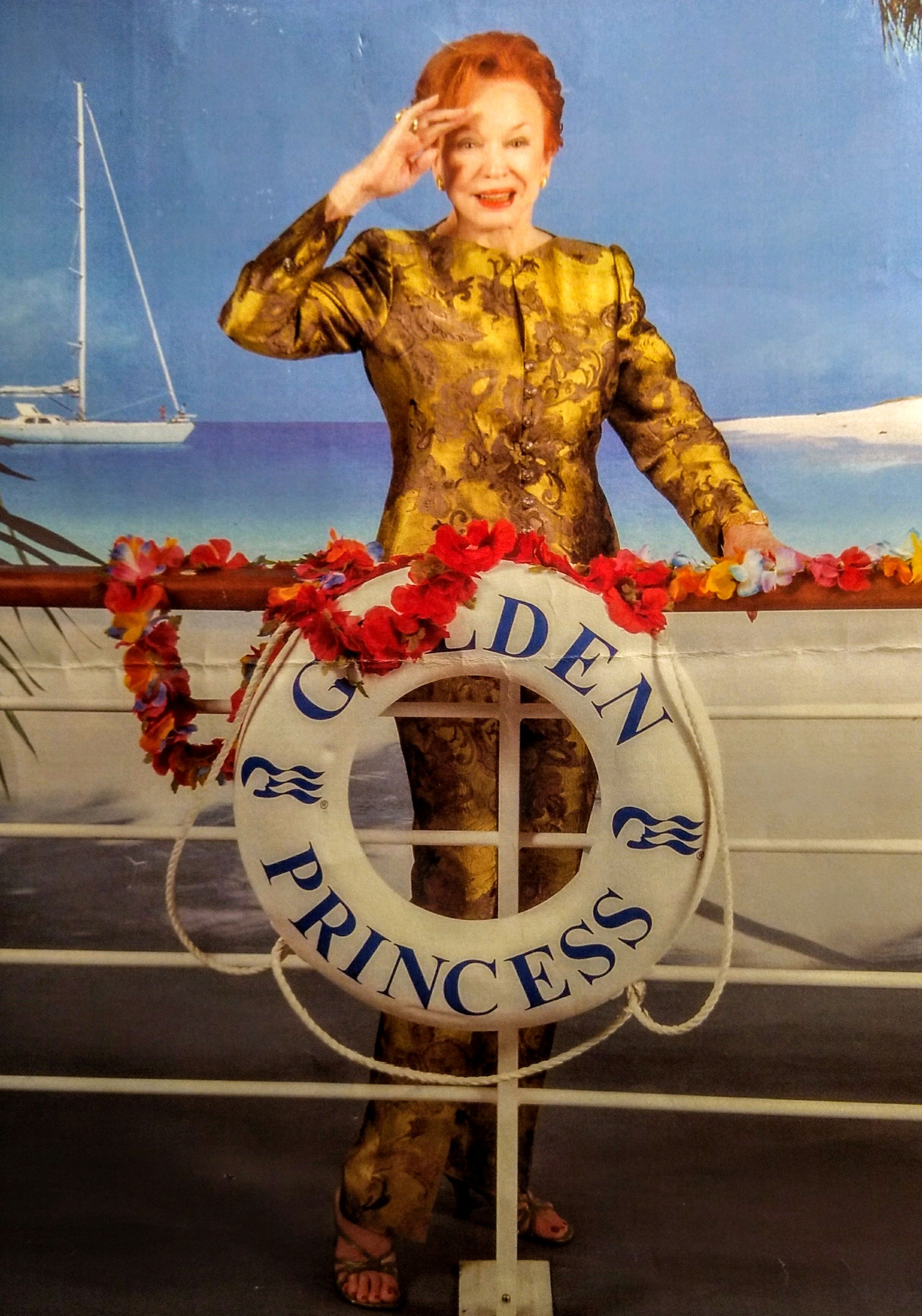 Sanders wrote the books which the Love Boat show is based on from her own experiences as the first female cruise director on a major cruise line. Lauren Tewes who played the show’s Love Boat cruise director Julie, is the result of the show creator’s real life character as a female cruise director. “ I was so happy and proud to have created this show from my books and experiences”, said Saunders. “ I am so very pleased to know that my show will be forever preserved and remembered everyday by thousands of fans who see this wonderful plaque.”

Just over 40 years ago (May 1977), a new television show premiered, set aboard a cruise ship, featuring stories of romance, hijinks and adventure on the high seas that involved characters portrayed by Hollywood’s biggest stars of the day. The opening theme song lyrics invited viewers to “come aboard, we’re expecting you…” Today, “The Love Boat” remains a beloved part of the fabric and culture of television and the ensemble cast along with ocean-going co-star Princess Cruises was honored by the Hollywood Chamber of Commerce.

“What an unexpected thrill for our cast to be honored with Princess Cruises on Hollywood Boulevard,” said Gavin MacLeod, aka Captain Merrill Stubing and 30-year brand ambassador for Princess Cruises. “‘The Love Boat’ offered us many opportunities to see the world, create lifelong friendships and of course introduce the joys of cruising. People still approach me and say that the show gave them something to dream about – falling in love, finding happiness all while sparking the desire to travel”, added MacLeod.