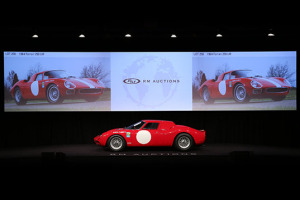 Reinforcing the company’s position as the market leader, the sale, which attracted bidders from 20 countries, set numerous new benchmarks, including that for the most valuable automobile sold in Arizona auction history. Proudly taking this title was a Classiche-certified 1964 Ferrari 250 LM, chassis 5899 GT, with an impressive competition record. Roaring onto RM’s Arizona Biltmore stage before a packed house on Friday evening, the thoroughbred Ferrari was hotly contested by bidders in the room and on the phones, eventually selling for an outstanding $9,625,000.

“We’re thrilled with the results from our Arizona sale. Carefully curated by our specialists 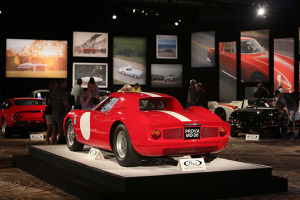 , our offering was defined by its quality and uniqueness, with fantastic prices recorded across the board,” says Ian Kelleher, Managing Director, RM Auctions’ West Coast Division. “The results not only prove that quality sells, but reflect our commitment as a company to deliver the best of the very best. Arizona provided a terrific start to our new collector car auction calendar and we look forward to continuing to raise the bar throughout the 2015 season.”

Reflecting RM’s strength across all segments of the market, additional lots exceeding expectations in Arizona included:

RM Auctions continues its 2015 calendar on February 4 with its highly anticipated return to Paris during the world-famous Retromobile week. The company then returns to Amelia Island, Florida, March 14 for its well-established sale during the Amelia Island Concours d’Elegance.