LOS ANGELES, CA — Pop duo Tegan and Sara and comedy-music trio The Lonely Island will perform the Oscar®-nominated song “Everything Is Awesome” at the 87th Oscars, show producers Craig Zadan and Neil Meron announced today. The Oscars, hosted by Neil Patrick Harris, will air on Sunday, February 22, live on ABC.

“Tegan and Sara and The Lonely Island?…..Everything Is Awesome, indeed. This is certainly an ‘Only on the Oscars’ moment,” says Zadan and Meron.

“Everything Is Awesome,” written by Shawn Patterson for the animated feature “The Lego Movie,” is nominated for Original Song. The four other nominated songs are “Glory” from “Selma,” “Grateful” from “Beyond the Lights,” “I’m Not Gonna Miss You” from “Glen Campbell…I’ll Be Me” and “Lost Stars” from “Begin Again.”

Canadian twin sisters Tegan and Sara have been releasing critically acclaimed albums and touring internationally alongside some of the biggest names in the industry since 1999. Their seventh and latest studio album, “Heartthrob,” debuted at No. 3 on the Billboard Top 200, with certified gold single “Closer” charting in the top 20 at U.S. pop radio. Tegan and Sara were recognized with a Grammy nomination in 2013, and won Pop Album of the Year for “Heartthrob”, and Group of the Year, at Canada’s 2014 Juno Awards. “Everything Is Awesome,” which the duo recorded with The Lonely Island, has sold more than half a million copies in the U.S.

A comedy, music and filmmaking trio composed of “Saturday Night Live” alumni Andy Samberg, Akiva Schaffer and Jorma Taccone, The Lonely Island has released three studio albums and several gold and platinum singles. “I’m On A Boat,” featuring singer-songwriter T-Pain, achieved double-platinum status and earned a 2009 Grammy nomination for Best Rap/Sung Collaboration.  The group is responsible for one of the biggest channels on YouTube, garnering over 1.5 billion views. 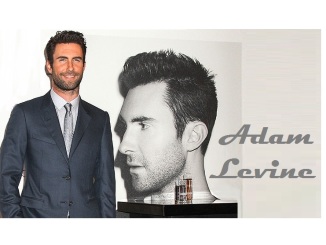 MUSIC SUPERSTAR ADAM LEVINE TO PERFORM AT THE OSCARS 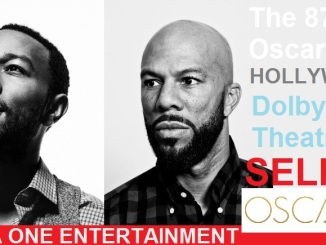 JOHN LEGEND AND COMMON TO PERFORM AT THE OSCARS®