There is a new EVA PERON! She is ALEXANDRA OCASIO CORTEZ, hereinafter AOC, and now the New York congresswoman represents the ignorant mass psychology of fascism in all it’s ignorant glory.

Eva Peron, glorified somehow on BROADWAY and film, with glorious shots of Madonna portraying Eva in her prime, singing to a captive audience, when her true alliances were greed, power and all the stream of German Nazis with whatever passports could be arranged with stolen loot and bribes, directly into her husbands pockets, in a never ending supply of wealth.

AOC is the modern day Eva, pushing a world view that the UNITED STATES operates “concentration camps” on its southern border, pushing the false and vicious notion that this country is inherently racist, and unworthy of the freedom, liberty and prosperity we enjoy, and needs to be flooded by an endless stream of immigrants. The crisis at the border to MEXICO was no small undertaking. Freedom seekers came from Haiti, all parts of Africa, and the never ending war zone of the Middle East. How did many of them get funding for their long journey? Look no further than the Muslim Brotherhood, ISIS and sympathizers like AOC. Like “Evita”, she is known for her fiery speeches and wild hand gestures. She wants to abolish ICE and Department of Homeland Security, better to flood this country with terrorists, so she can celebrate with Ilan Omar and her fellow Islamists.

Needless to say, her partner in congress, Rep. Ihan Omar, wrapped in the shroud of her religious piety, and determined that ISRAEL, (the Nakba, curse or Little Satin), belongs to the Palestinian people “from the River (the Jordan) to the sea–the Mediterranean. Champions of divestment from Israeli companies, many on the cutting edge of high tech, and medical discoveries, these new anti-Semites have breathed life into the vicious world wide attack on Jews, and Christians and any one with the guts to dare mention Judeo-Christian values.

Juan and Eva Peron were thrilled by Hitler, and all the power he commanded. If he was a National Socialist, it was cool to be a socialist, money flowed directly into your pockets, and the pesky Jews, outsiders and those condemned to be slave laborers, no counts, or those simply in your way, could be simply dispensed with. In fact Juan Peron arranged for over 40,000 Germans to immigrate to Argentina, many of whom were Nazi war criminals with forged passports arranged through the “rat line” in Europe with the help the Catholic Church. Jews were not welcome.

This is AOC’s view of the world. Anyone who disagrees with her is against her because she’s a woman. She can come out wearing her designer dresses and rail at all authority figures because some where in her head is a dream mix of anarchy, socialism and the complete collapse of the United States, it laws, governing bodies and everything about our history which she finds so despicable.

She’s had a wealth of role models, Hollywood liberals, Jane Fonda, and those conformists, following in her trance like waves of conformity. Everything is about fighting the Vietnam War, nothing else occurred since then.

Meanwhile, terrorists are patient. The Muslim Brotherhood confidently predicted the US would be a Muslim state within the next 50 years.

Meanwhile, hack journalists like Robert Scheer, are still out there, complaining about President Trump. Just two weeks before 9/11 he wrote “the United States has no enemies.”

If you like fascism, keep your membership in the Democratic party, they’re so busy burying the past about their own corruption, they might eat each other up before the 2020 election. Think of one big giant Roman gladiator event, with AOC singing to the crowd. 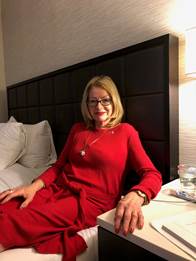 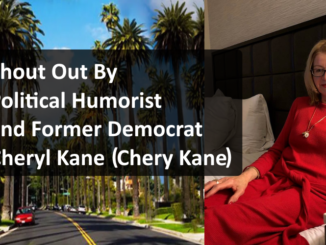 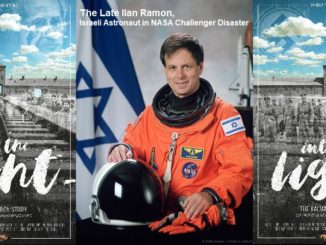