Sunday evening May 20, was just another wonderful event sponsored by the Republican Jewish Coalition (known as the RJC) with Newt Gingrich as the guest speaker. The sold out crowd of 2,000 people at the beautiful Nessah Synagogue in Beverly Hills, pledged support for President Trump for four more years.

Gingrich drew standing ovations as he highlighted the achievements of the Trump Administrations support of Israel, the US economy and those intent on fighting the current scourge of worldwide anti-Semitism.

I had the chance to personally greet other RJC leaders and their guests and all were unanimous in their support for this Administration and how important Trump is to Jews everywhere.

Of course the Persian community knows first hand what it is to live under regimes with zero tolerance for religion other than Islam, and the effects of a secret police system built with the support and financing from the Soviet Union. Remember Abdul Nasser, puppet president of Egypt in the 1950’s? Dictatorship and mass slaughter inherited from Stalin, Lenin and the world vision of Karl Marx. That is the familiar experience of Persian Jews, many of whom still have relatives in Iran and other Islamic countries. Many were in the room. As the current mullahs fine tune plans for mass destruction—the Holy War—they’ve hidden their nuclear weapon materials under ground in tunnels, mountains, civilian residences, hospitals and other secret location opportunities. Albert Speer, the Nazi architect, would be proud.

Speer published his self-serving biography in 1972, proclaiming that witnessing the mass genocide was “like following bloody footprints in the snow…”, when indeed his true role in Adolf Hitler’s Final Solution ensured the death camps operated swiftly with full efficiency.

As a UCLA student, I gave, then recent graduate of Spandau prison’s book, little thought except for the haunting “bloody footprints” line. I was far too busy as a volunteer for the defense team of Daniel Elsberg and Anthony Russo, then on trial in the infamous Pentagon Papers case.

Judge Matt Byrne, trial judge, wisely dismissed the case after the discovery proceedings revealed his notorious walk in Santa Monica’s Palisades Park, during which a representative from Nixon’s White House teased him with the thought that he was considered first choice for heading the Federal Bureau of Investigation. Yes, the same FBI following me around—as an anti-war activist and member of Jane Fonda’s Indochina Peace Campaign. Not to sound paranoid but they were keeping track of us.

Decades later, Bill Clinton and Attorney Loretta Lynch had their ‘chance meeting’ on the tarmac to ‘discuss their grandchildren’, I’m reminded of Judge Byrne’s indiscretion. Corruption and collusion bark out loud from all corners when one is listening.

I used to be a Democrat, until I grew up.

I’m also grateful to the Persian community for supporting my current and long standing (since 2000), favorite volunteer project, the Israel Air Force Center in Herzliya, Israel, dedicated to aviation safety and security, counter-terrorism and offering to youth at risk an opportunity to learn how to best serve their country and provide a safer world for those who value peace, freedom and life free from ruthless dictators.

As a RJC Leader, I was recently invited to meet, greet and listen to our guest speaker Ambassador Nikki Haley, who would make a great Vice President for Trump if Mike Pence is not on the ticket.

Meanwhile, Democrats seem to fervently desire to turn this Country into their utopian reality of– Venezuela.

Chery Kane is award winning published author, former member/supporter of the 1939 Club-the Holocaust Survivors group that funded a Chair in Holocaust Studies at her Alma Mater UCLA where she graduated Phi Betta Kappa and Magnum cum Laude. She is a TV and Film writer/producer and wrote a weekly column for Muslim World Today published by legendary Pakistani moderate Tashbi Sayyed. She has recently been certified as Advocate for Victims of Human Trafficking with the Speakers Bureau of Journey Out, a safe house system in California, where human trafficking has the largest activity in the nations hubs in Los Angeles, San Diego and San Francisco. All of which, according to DHS, human trafficking here is now funding ISIS.

On behalf of Cheryl Kane 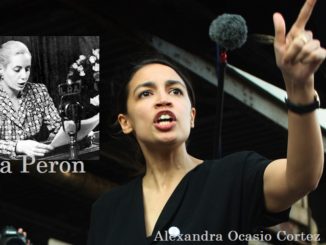